Does He Need ADHD Medication? 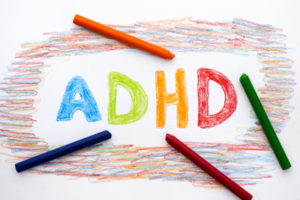 My son was recently diagnosed with Attention-Deficit/Hyperactivity Disorder (ADHD). He’s seven-years-old and often has trouble focusing in class. It seems like he’s getting in trouble every day, either for being disruptive or for distracting the other kids. At home, he’s constantly interrupting and can’t sit still. We’ve tried some dietary changes, and the school has offered some help in the classroom; but it doesn’t seem to be working for him. His doctor has suggested that we try stimulant medications next, but we’re reluctant to use medication for him since he’s still so young. Is medication really necessary for treating my son’s ADHD?

Q: Is medication really necessary for treating my son’s ADHD?

A: No, medication is not essential for treating ADHD, but an impressive body of research shows it can be remarkably helpful and quite safe as part of an overall treatment plan.

Since methylphenidate (Ritalin) first became available in the early 1960s, enthusiasm for treating ADHD with medication has waxed and waned due to concerns about the medication’s safety, efficacy and potential for abuse as well as fluctuations in public and professional belief in ADHD as a “real” disorder. Today, we have access to extensive research on the benefits and risks associated with using ADHD medications. In fact, there is more research on ADHD medications than for any other medication used to treat behavioral problems and other psychiatric disorders in children and adolescents. While this research is helpful for understanding the potential effects of treatment, it can be difficult to sift through the information to decide whether or not medication is right for your child. When making your choice, here are some thing things to keep in mind.

Q: So, why use medication?

A: The answer really is a matter of pragmatics. If medication can facilitate a child or adolescent in day-to-day functioning without marked side effects, then it seems likely that both the child and those interacting with him will benefit. One hopes that it will enhance learning, allow for improved social interactions and generally ease the child’s progress along a typical developmental pathway. If it does, most find it worthwhile; if it does not, then serious discussion is needed about how to help more effectively.

Learn more about non-medication options in “ADHD Treatment Beyond Medication.”

Do you need someone to talk to? CHC can help. We invite you to call or email our Clinical Services Coordinators at 650.688.3625 or careteam@chconline.org to set up a free 30-minute consultation.