The Lost Girls: ‘Chaotic and Curious, Women With ADHD 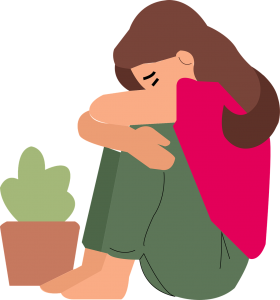 When I was nine, my teacher told my parents I was all over the place. I already had the energy for five dance classes a week, netball, French lessons, piano lessons, a book club and school band. However, she thought I still didn’t have enough channels for my “creativity” and suggested they enroll me in drama school as well, so they did. Did it help me focus? Of course not.

Noelle Faulkner shares her experience as a women with ADHD. There are many women like me: “lost girls”, so we’ve been called. Chaotic and curious, sometimes we feel like superheroes; other times, super-failures. It’s not always a lack of interest that makes it hard for us to process information, but our brain’s desire to absorb so much of it. We are jacks of many trades, purveyors of information, collectors of hobbies, beginners of tasks and finishers of few. And we all have similar stories of missed red flags that haunt us.

The default assumption about ADHD is that it’s what makes little boys disruptive. But it can also make little girls feel like they’ll never be good enough. Statistics have traditionally shown ADHD is more prevalent in males, but recent research suggests this could, in part, be due to misdiagnosis. Unsurprisingly, ADHD in women is hugely under-researched – females weren’t even adequately included in findings until the late 90s.

ADHD presents differently in girls and boys too. Women are more likely to have inattentive ADHD, rather than the more observable impulsive type. Because of society’s gender norms, girls with ADHD are often dismissed as “daydreamers” and “overly sensitive”, as if we are a romantic, quirky caricature from a John Green novel or the Disney Princess canon.

The frequency of zone-outs, disassociations and meltdowns caused by our hidden internal restlessness and our brain’s inability to regulate information and emotion goes unnoticed. The cherry on top is that girls who do suffer from impulsivity are often palmed off as “tomboys”. As a child who was prone to inattentiveness and impulsivity, I was repeatedly told to “stop daydreaming”, “slow down”, “hurry up” and “act like a lady.” Overwhelmed by the world, it wouldn’t take much for my cup to runneth over or for me to completely disassociate – I got very good at both.

Neurodivergent women often slip through the cracks of diagnosis because they can appear smart or gifted. This is because we’re more likely to be perfectionists or suffer from low self-esteem, so we work extra hard to prove ourselves (see also: my burnout). Combined with hyperfocus – the flipside of the attention coin where one zones in on a single interest for hours – this results in flashes of brilliance.

As I discovered, burnout is what happens when the mask slips. Your entire world comes crashing down, and you don’t have the executive function to figure out which way is up.

Seven months on, my diagnosis has become something of a bereavement – I’ve cycled through many stages of grief. I am comfortable with my chaos and relieved I now have answers and an arsenal of tools to prevent me from falling into a hole again. But I keep thinking about all the other lost girls out there. I find myself angry and sad, mourning on behalf of my younger self.

Excerpted from “The lost girls: ‘Chaotic and curious, women with ADHD all have missed red flags that haunt us’” in The Guardian. Read the full article online.

Source: The Guardian | The lost girls: ‘Chaotic and curious, women with ADHD all have missed red flags that haunt us, https://www.theguardian.com/society/2020/nov/02/the-lost-girls-chaotic-and-curious-women-with-adhd-all-have-missed-red-flags-that-haunt-us | © 2021 Guardian News & Media Limited

If you need someone to talk to, CHC Care Managers can arrange a free 30-minute consultation so you can explore options with an expert. We invite you to call or email our Care Managers at 650.688.3625 or careteam@chconline.org to set up an initial Parent Consultation appointment. CHC teletherapy services are available now.