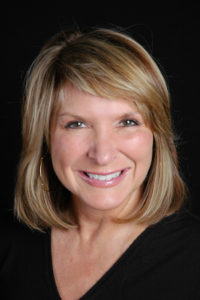 The following is a blog post written by venture capitalist Heidi Roizen after the suicide of trans teen Leelah Alcorn in 2014. Roizen recounts her own experience as a parent of a trans kid in the hope that it might help others.

I have been thinking for weeks about the suicide of teenager Leelah Alcorn, and her wish that her death  mean something.
I’m sharing my story about what it has been like to be the parent of a trans* kid in the hopes that if you are a parent struggling to come to terms with a Leelah or Sabel of your own, this might help  —and Leelah’s wish for her death to have meaning would take a few more steps forward.

Note:  My child Sabel uses the gender-neutral “they” pronoun.  [You can watch a video here of an adorable genderqueer person explaining life as they know it.]  Sabel has asked me to use this pronoun choice as well so I am doing so in the real world…and in this post.  Also, Sabel put in a few editorial comments when I asked them for their opinion of the piece.  I have bracketed and italicized these comments and left them in.

When my oldest child, born female, wasn’t even old enough to put a full sentence together, they cried when I put pink shoes on their feet.  They would tear them off and pull the white ones out of the closet.  “No, these!” they would say.

At five, I asked what they wanted to be when grown up.  “I want to be a man,” they said.  [As a child, man and woman were still the only two publicized options; genderqueer was a word I would never hear for years.]I told my child that was not possible.

(Spoiler alert:  I was wrong.)

For years, we endured challenging wardrobe fights and difficulty with public bathrooms (they would not use a ladies room nor a men’s room, so visits to theaters and amusement parks meant no liquid consumption, and for me led to many frustrating experiences.)  Birthday parties were football, laser tag — and all boys.  When people mistakenly referred to ‘my son’ and I would correct them, my kid would become embarrassed and ask me not to ‘correct’ people any longer.

When they turned twelve, they told me they were trapped in the wrong body and wanted an operation.  Trust me, this was no surprise; appearance and actions for their whole life had never really been that female or feminine.  Their father and I had always supported wishes of boys clothing and activities, and we no longer corrected anyone when they referred to our child as our “son.”  But then again, our child was twelve, and I did not know anyone else who had ‘changed sexes’ (as we referred to it then) nor anyone else whose child wanted anything along those lines.  We talked about surgery and hormone treatment seeming too extreme at that age, and said we’d talk about it again at the age of 18.

Around this time, I looked for help and advice online (there is so much more there now; there wasn’t nearly as much in 2005) and, having no trans* friends of my own, I sought guidance from a good friend of mine — a smart, accomplished, lovely woman whom I trusted and who I felt could identify with the issues my child was facing since she had come out as a lesbian as a young adult and had shared with me some of the difficulties she had faced, not the least of which was with her own mother.  I thought she could provide me some parenting advice.

She told me two things which massively helped me.  The first, was that there is a difference between sexual identity and gender identity, and even though I might think them aligned because they are that way for me, not all people are like me — but all people’s alignments should be understood and respected.

Second, she told me powerful stories from her time as a youth and a young adult coming out, and having her mom deal (or not deal, as the case was for many years) with her alignment.

“The best, most important, and ONLY thing you can do as a parent is love your child, unconditionally.  Their alignment is who they are.  Your job is to accept, support, and love your child, that’s it,” she said.

It was life-changing advice for me.

Though that didn’t suddenly make everything smooth sailing.

During high school, my child dressed ‘like a boy,’ kept hair short, and wore plenty of baggy clothes.  They endured unkind remarks and outright disdain from some peers — and more disturbingly, some teachers.  The high school administration rejected an attempt to start a GSA .  High school was not the happiest time.   But, at least at home, there was love and support [and NCIS].

Now, my child is 21, is named Sabel, has facial hair, a lower voice, and a very sweet girlfriend.  We just spent Thanksgiving on vacation together, touring moldy castles and moldier pubs in the Scottish Highlands.  We laughed a lot.

Our story has a happy ending, but trust me, the middle was hard.   It is hard to be the parent of a trans* child.  You go through so much pain seeing them struggle, be taunted, feel different, and have friends turn on them.  Sometimes your own family members and closest friends don’t accept your child — and don’t accept you for ‘tolerating’ what they perceive to be odd and socially unacceptable behavior.  There are many days you wish your kid would just ‘be normal’ — not because one gender is better than any other, but simply because being mainstream feels like it would be so much easier on everyone, them and you —and also because you simply cannot feel what it is like to be them, so it is hard to relate to why this is so critically important.  But it is.  And your only choice is whether you are going to love them unconditionally, or not.

When the transition does occur, you as a parent may have some more rough times.  You may mourn the child you had because in some ways that child is gone.  There may be surgeries; they may have not be able to have biological children [but to them it’s like that scene from Alien or like that scene from Prometheus or like that scene from The Matrix].  They are never wearing your wedding dress down that aisle at that wedding you’ve imagined for 20 years [but mom you have that back-up daughter].  You struggle with names and pronouns at cocktail parties when people ask you about your children — I’ve had more than a few 20-minute conversations after some unsuspecting person innocently asks, “how many children do you have?  Boys or girls?”

You will never hear that sweet voice again.

But there is a new voice, a new face, with that same wonderful personality inside, but now that personality is all lit up because it is in a happy body that reflects on the outside who that person always felt like on the inside.  Eventually, there comes a day when your child is magically but casually always happy, and your brain naturally says “them” instead of the old pronouns.  And you’ve gotten to know this new wonderful person — who is a happier and more contented version of your kid.  If that’s not true love, and to be truly blessed as a parent, I don’t know what is.

If you have a Leelah or a Sabel of your own, and are struggling with what to do, I hope this story has helped you see one possible path.   Put simply:

Step One:  Love unconditionally
Step Two:  Recognize this is going to be hard on them and on you, and don’t deny their feelings, nor your own.
Step Three:  Trust that, eventually, it is going to feel normal, you will be out laughing together and the world will be okay.

And thank you Sabel for letting me share our story – Mom