Big Gaps in Transgender Research: A Team at UCSF Is Working to Change That 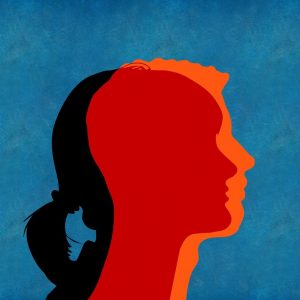 Since 2015, researchers at UCSF Benioff Children’s Hospital clinic have been conducting a study sponsored by the National Institutes of Health that will involve nearly 300 young patients ages 8 to 18 to understand the long-term effects of transgender treatments. These include puberty-blocking hormones, which give patients more time to explore their gender identity, and testosterone and estrogen.

“Parents will say to us, ‘What do you really know about the long-term effects of puberty blockers? Who has really studied the children for 20 years?’” said Diane Ehrensaft, a clinical psychologist and the UCSF clinic’s mental health director. “And we say, ‘That’s what we plan to do.’”

The clinic uses the “gender affirmative model.” It allows transgender individuals — people whose gender identity does not align with their biological sex — and “gender-expansive” individuals, who do not conform to either the male or female gender, to freely express their gender identity.

Patients enrolled in the UCSF clinic’s study complete a litany of forms and an extensive interview by a physician every six months for two years. They also have follow-up appointments with their doctors to track their physical transition throughout the study.

Excerpted from “Big gaps in transgender research: A team at UCSF is working to change that” in the San Jose Mercury News online.  Read the full article.

Read about this study on UCSF website: First U.S. Study of Transgender Youth Funded by NIH.