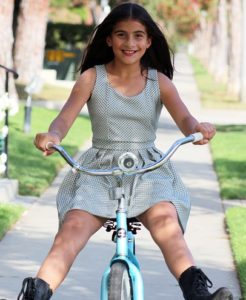 The ability to exercise self-control — even with a specific, self-imposed goal in mind — is tough, even as it develops with age. New research from the Harvard Graduate School of Education illustrates just how precarious willpower can be for young people: Middle school students who want to achieve a goal and who actively agree to suffer a consequence if they don’t achieve it may still be unable to change their counterproductive behaviors. It’s a reminder for teachers that simply encouraging students to “stay focused” may not help those students cultivate positive habits.

The study examined how well middle schoolers responded to “commitment devices,” or voluntary agreements to limit future choices through restrictions or penalties for failing to accomplish a goal. For example, a person who wants to improve her math grade might ask a friend to change her Netflix password until she’s taken an arduous test; if she wants to eat healthier, she might deposit money into an account that she can only access after improving her diet.

Researchers Carly Robinson, Gonzalo Pons, Angela Duckworth, and Todd Rogers looked at a middle school behavioral program in which students received a weekly “paycheck” (to use at a school store or as tickets for extracurricular activities) based on their behavior. The study tested whether the students’ behavior would improve if they chose to agree to lose 20 percent of their weekly paycheck if they didn’t instead meet a goal of increasing their paycheck by 10 percent.

The students were sorted into three groups: an “opt-in group,” who were offered the choice of committing to a goal of earning 10 percent more, but losing 20 percent if they failed to meet it; an “opt-out group,” who were automatically enrolled in the intervention, although could choose to drop out; and a “control group,” who merely indicated they wanted to set a goal of increasing their paycheck.

For these students, self-control wasn’t enough. The middle schoolers who agreed to lose part of their paycheck if they failed to increase it were no more likely than their control group peers at increasing their paycheck. In other words, the researchers found no evidence that the commitment device had any effect on students’ behavior.

For teachers and behavioral specialists, this realization is key. “I think it’s an important first step for educators to recognize that young students want strategies that help them activate their self-control to achieve a goal,” says Robinson, a doctoral candidate at the Harvard Graduate School of Education specializing in human development.

Read the full article on the Harvard Graduate School of Education website.