Breaking the Cycle of Silence Around Black Mental Health 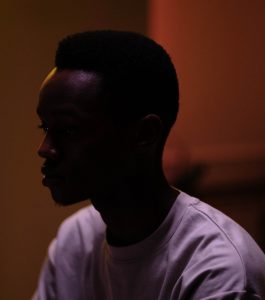 Data shows that Black youth are especially prone to develop mental health issues but less likely to seek out or receive the specialized services and care they need.

Only a few hours later, Tynisha Jointer, a social worker in the district, heard about the shooting on the local news and sprang into action. She and colleagues quickly arranged to visit the victims and their families in the hospital; she stayed up until 2:00 a.m. putting together a plan to support their classmates at school.

The normalization of trauma is far too common among Black youth, who data shows are at higher risk for mental health issues due to disproportionate exposure to illness, poverty, toxic stress, and racism. One in every three Black children in the United States has been exposed to two to eight adverse childhood experiences (ACEs), which can have serious long-term effects on a person’s health for the rest of their lives.

Though schools have increasingly become an important source of mental health care for students, targeted outreach to address the mental health of students like Jointer’s can be rare.

In the three years between 2015 and 2018, major depressive episodes in Black teens increased by 14 percent, and suicide attempts by Black youth increased by 73 percent between 1991 and 2017. For all age groups of Black Americans, reports of serious mental illness have been on the rise for more than a decade.

“Our young Black people are scared, worried, overwhelmed, and concerned about their place and space in the world,” says Jointer. “Without proper platforms to unpack the stress and traumas they have endured, we will see more young people in crisis.”

“When Black children exhibit certain behaviors, they’re deviant and defiant, but when White children do it, they’re exploring and expressive,” says Jointer, who recommends that schools review policies and practices undertaken by staff to determine if they are culturally responsive and consistently implemented fairly in all student populations.

There are messages about “not airing your dirty laundry in public,” says Lindsey of the Black community, which “make one apprehensive about even acknowledging a mental health–related challenge.”

Schools Can’t Do It Alone

Given the significant needs of students and their families, schools “do not have nor will they ever have the resources to meet all the needs of their students,” says Adonai Mack, senior director of Equity Services for the Association of California School Administrators. He recommends that districts work in collaboration with outside organizations such as mental health–focused nonprofits and universities with counseling centers to provide targeted resources.

These partnerships can also ease some of the barriers to accessing services for Black children and families, Mack explains. Schools that have a robust offering of mental health services statistically see an improvement in student attendance rates, reduced rates of detention or expulsion, and higher academic achievement in students, as well as an overall improvement in graduation rates.

Excerpted from “Breaking the Cycle of Silence Around Black Mental Health” in Edutopia. Read the full article for additional details on successful interventions at schools around the country.

Edutopia, a program of the George Lucas Educational Foundation, is a trusted source shining a spotlight on what works in education.