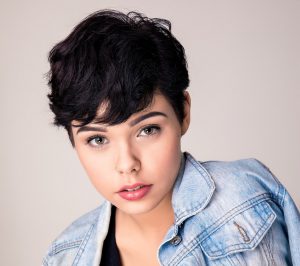 The most common eating disorders include:

Anorexia nervosa is an eating disorder that makes people lose more weight than is considered healthy for their age and height.

Persons with this disorder may have an intense fear of weight gain, even when they are underweight. They may diet or exercise too much, or use other methods to lose weight.

The exact causes of anorexia nervosa are not known. Many factors probably are involved. Genes and hormones may play a role. Social attitudes that promote very thin body types may also be involved.

Family conflicts are no longer thought to contribute to this or other eating disorders.

Risk factors for anorexia include:

Anorexia usually begins during the teen years or young adulthood. It is more common in females, but may also be seen in males. The disorder is seen mainly in white women who are high academic achievers and who have a goal-oriented family or personality.

To be diagnosed with anorexia, a person must:

People with anorexia may severely limit the amount of food they eat, or eat and then make themselves throw up. Other behaviors include:

Other symptoms of anorexia may include:

Binge eating is when a person eats a much larger amount of food in a shorter period of time than he or she normally would. During binge eating, the person also feels a loss of control.

Binge eating by itself usually leads to becoming overweight.

Binge eating may occur on its own or with another eating disorder, such as bulimia. People with bulimia typically eat large amounts of high-calorie foods, usually in secret. After this binge eating they often force themselves to vomit or take laxatives.

Bulimia is an illness in which a person binges on food or has regular episodes of overeating and feels a loss of control. The person then uses different methods—such as vomiting or abusing laxatives—to prevent weight gain.

Many (but not all) people with bulimia also have anorexia nervosa.

Many more women than men have bulimia. The disorder is most common in adolescent girls and young women. The affected person is usually aware that her eating pattern is abnormal and may feel fear or guilt with the binge-purge episodes.

The exact cause of bulimia is unknown. Genetic, psychological, trauma, family, society, or cultural factors may play a role. Bulimia is likely due to more than one factor.

In bulimia, eating binges may occur as often as several times a day for many months.

People with bulimia often eat large amounts of high-calorie foods, usually in secret. People can feel a lack of control over their eating during these episodes.

Binges lead to self-disgust, which causes purging to prevent weight gain. Purging may include:

People with bulimia are often at a normal weight, but they may see themselves as being overweight. Because the person’s weight is often normal, other people may not notice this eating disorder.

Symptoms that other people can see include: