Is Depression Caused by a ‘Chemical Imbalance’? 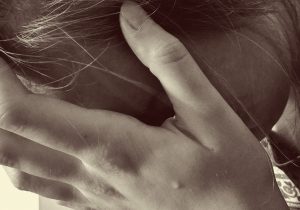 Just because depression isn’t caused purely by a chemical imbalance doesn’t mean it’s your fault. And depression is treatable, whether that’s with antidepressants, psychotherapy, diet changes, exercise, meditation practices, support from loved ones and more. Honoring the complexity of depression validates just how serious mental illness can be and why getting help is so important. Your experiences are valid, and you don’t need a single chemical imbalance to make this true.

So where did this idea come from, why did it get so popular and what do chemical imbalances have to do with depression?

The chemical imbalance theory of depression centers on three neurotransmitters: dopamine, norepinephrine and serotonin, which regulate important functions like mood, sleep and memory. Researchers in the late 1950s and ’60s began to notice how these chemicals affected people’s moods. In 1965, Joseph J. Schildkraut proposed the catecholamines (dopamine and norepinephrine) hypothesis of depression, while Alec J. Coppen recognized the role of serotonin in 1967. These early hypotheses became the basis of common antidepressants, like selective serotonin reuptake inhibitors (SSRIs).

However, even early on, Coppen suggested serotonin’s involvement in depression was tentative and one of only a number of factors that caused the condition. A 1978 statement from the American Psychiatric Association (APA) also reminded people depression was caused by multiple factors: “Psychiatric disorders result from the complex interaction of physical, psychological and social factors, and treatment may be directed toward any or all three of these areas.”

Is Depression Caused by a Chemical Imbalance?

In short, no. Depression isn’t caused solely by a chemical imbalance and the involvement of dopamine, norepinephrine and serotonin in depression still isn’t 100% clear. For example, the medication tianeptine is an effective antidepressant for some people and it actually lowers serotonin levels.

The chemical imbalance theory also implies antidepressants should work for everybody, but they don’t. Studies suggest about one-third of patients experience significant symptom relief from SSRIs, even though the medication increases serotonin levels in every person who takes them — not just in people who are depressed. Targeting only “chemical imbalances” also negates other evidence-based treatment options, like psychotherapy and lifestyle changes, which are critical for many people struggling with depression, whether they take medication or not.

According to Jonathan Leo, Ph.D., professor of anatomy at Lincoln Memorial University in Tennessee, the chemical imbalance” theory of depression is really best understood as a metaphor, not scientific fact. It may not seem like a big deal, but knowing the facts about your mental health condition matters, Leo said. “Depression is very complicated and to simplify it and just say it was due to a low amount of serotonin is not doing it justice,” Leo said.

Excerpted from “Is Depression Caused by a ‘Chemical Imbalance’?” written by Renee Fabian, features editor at The Mighty. The article underwent medical review by psychiatrist and Timberline Knolls medical director Johnny Williamson, MD.

Read the full article to learn more about the environmental and psychological factors that can contribute to depression as well as the potential biological factors.