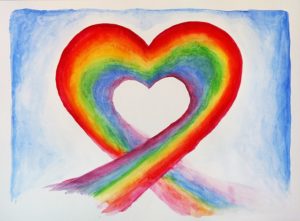 Bullying puts youth at increased risk for depression, suicidal ideation, misuse of drugs and alcohol, risky sexual behavior, and can affect academics as well. For LGBTQ youth, that risk is even higher.

Lesbian, gay, bisexual, transgender, or questioning (LGBTQ) youth and those perceived as LGBTQ are at an increased risk of being bullied. Results from the 2017 Youth Risk Behavior Survey show that, nationwide, more U.S. high school students who self-identify as lesbian, gay, or bisexual (LGB) report having been bullied on school property (33%) and cyberbullied (27.1%) in the past year, than their heterosexual peers (17.1% and 13.3%, respectively). The study also showed that more LGB students (10%) than heterosexual students (6.1%) reported not going to school because of safety concerns. Among students who identified as “not sure” of their sexual orientation, they also reported being bullied on school property (24.3%), being cyberbullied (22%), and not going to school because of safety concerns (10.7%).

Research has shown that being ‘out’ as an LGBTQ adult is associated with positive social adjustment. It has beneficial psychosocial and developmental effects for youth, too. However, being ‘out’ or just being perceived as being LGBTQ, can put some youth at increased risk for bullying.

There are important and unique considerations for strategies to prevent and address bullying of LGBTQ youth. While some of the strategies are specifically for LGBTQ youth, most of them, if adopted by schools and communities, make the environments safer for all students.

It is important to build a safe environment for all youth, whether or not they are LGBTQ. All youth can thrive when they feel supported. Parents, schools, and communities can all play a role in helping LGBTQ youth feel physically and emotionally safe:

Many states protect against bullying because of sexual orientation in their state laws.