NIH Study Suggests Children of Mothers With PCOS May Be at Higher Risk for Anxiety, ADHD 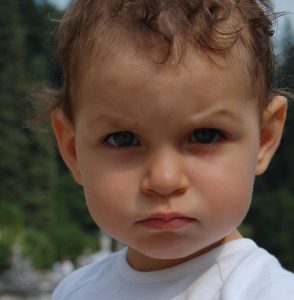 Children born to women with polycystic ovary syndrome (PCOS) may be at higher risk for anxiety, attention-deficit/hyperactivity disorder (ADHD), and behavioral problems, compared to children whose mothers do not have the infertility disorder, according to National Institutes of Health researchers.

Their study appears in Fertility & Sterility. The study was led by Edwina Yeung, Ph.D., of the Division of Intramural Population Health Research of the NIH’s Eunice Kennedy Shriver National Institute of Child Health and Human Development.

PCOS is a hormonal disorder in which the ovaries produce high levels of male hormones (androgens). Although infertility commonly occurs with PCOS, many women with the condition do get pregnant, often with the help of fertility drugs. Women with PCOS may also experience hirsutism, or excess body hair in a male pattern.

Previous studies have found higher risks of ADHD and autism spectrum disorder in children born to women with PCOS, compared to those born to women without PCOS. Researchers theorize that exposure to high levels of androgens in the womb might influence fetal brain development. Animal studies have linked high androgen levels with anxious behaviors in among offspring. In addition, women with PCOS have elevated blood levels of substances that promote inflammation, which could potentially influence fetal brain development.

For the current study, researchers analyzed data from the Upstate KIDS study, which was originally designed to compare the development of children conceived after infertility treatments to the development of other children. Women who enrolled in the study were asked if they had ever been diagnosed with PCOS and if they had hirsutism, a potential indicator of high androgen levels. When their children were 7, roughly 1,400 mothers rated their children’s behavior on a questionnaire of mental health status. Roughly 1,500 mothers also rated their children at age 8 on a questionnaire of ADHD symptoms.

“We definitely need more research to determine if there’s a link between maternal PCOS and behavioral problems in their offspring,” said Dr. Yeung. “Until more definitive evidence is available, parents shouldn’t worry, but they may want to be alert so they can consult a pediatrician early if they notice problems.”