Sleep Deprived Teens — What Can Be Done? 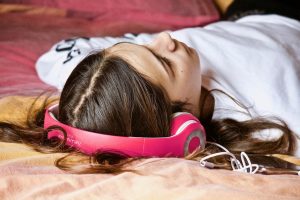 Animals have evolved to adapt to their environment in many ways, but one thing hasn’t changed: They all need sleep to survive, says Rafael Pelayo, a clinical professor of psychiatry and behavioral sciences at the Stanford Center for Sleep Sciences and Medicine.

“Anything that has a brain needs to sleep,” Pelayo says. Some animals, like dolphins and migrating birds, stay in motion with one half of their brain asleep while the other half stays alert. But the restorative function of sleep is essential. “You can go longer without food or water than you can without sleep.”

In this episode of “School’s In” from Stanford Radio, Pelayo joined Stanford Graduate School of Education Dean Dan Schwartz and Senior Lecturer Denise Pope to talk about sleep—including adolescents’ biological tendency to stay up late (it’s not TV or technology), the risks they face from sleep deprivation, and why efforts to get schools to start later in the morning are so controversial.

“People say that if school starts later, kids will just stay up later,” he said. But even a minor shift in the start time makes a difference for sleep-deprived adolescents, he said, citing research showing that when schools delayed their start time by an hour, students slept 40 minutes more at night. “This has been replicated over and over again,” he said. “We’ve got to put the cynicism aside.”

Listen to the broadcast, originally aired on SiriusXM on April 13, 2019.