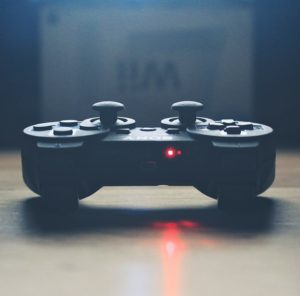 The latest in the long-standing debate over violent video games: They do cause players to become more physically aggressive.

An international study looking at more than 17,000 adolescents, ages nine to 19, from 2010 to 2017, found playing violent video games led to increased physical aggression over time.

The analysis of 24 studies from countries including the U.S., Canada, Germany and Japan found those who played violent games such as “Grand Theft Auto,” “Call of Duty” and “Manhunt” were more likely to exhibit behavior such as being sent to the principal’s office for fighting or hitting a non-family member.

“Although no single research project is definitive, our research aims to provide the most current and compelling responses to key criticisms on this topic,” said Jay Hull, lead author of the study published Monday in the Proceedings of the National Academy of Sciences.

The Dartmouth researchers sought to reduce confusion about research findings – including disputes about the association between violent games and aggression – with a finely structured meta-analysis.

Those in the study who played violent games, whether frequently or infrequently, had an increase risk of aggressive behavior. The new research echoes Hull’s previous finding that playing violent games equates to about twice the risk of being sent to the principal’s office for fighting during an eight-month period, he said. A separate 2014 study he oversaw of violent video games in 2,000 families is one of the 24 included in the meta-analysis.

The effect is “relatively small, but statistically reliable. The effect does exist,” Hull said.

In the research paper, Hull and the co-authors say they hope the findings will help research move “past the question of whether violent video games increase aggressive behavior, and toward questions regarding why, when, and for whom they have such effects.”