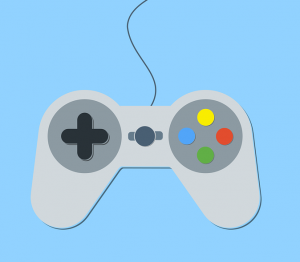 A new video-game therapy has shown promise in treating attention-deficit hyperactivity disorder in children, according to a new study.

“This study is designed to assess whether the video-game therapy works — specifically, to see if it improves attention — and the video game did just that,” said Dr. Scott Kollins, a professor in psychiatry and behavioral sciences at Duke University and co-author of the study, which was done in collaboration with 20 U.S. research institutions.

The video-game treatment is not yet “an alternative to good, existing treatment, but it is promising,” Kollins added. “We still need to see the best way this would fit into the overall clinical picture. But the more tools we have, the better.”

While the combination of medication and behavioral therapy has proven effective, Kollins and his colleagues pointed out that not everyone has access to these treatments. Additionally, many parents are often reluctant to put children on medications.

The study focused on video-game therapy suggests that it can help lessen ADHD symptoms in children with minimal side effects.

Researchers developed a video game designed to improve attention in children by creating multitasking challenges adapted to their individual skillsets. In the study, 350 children ages 8 to 12 who had ADHD but hadn’t yet been prescribed drugs were divided into two groups — one that used the newly created video-game therapy, and another that played a regular video game.

The children in each group spent four weeks playing their assigned game for 25 minutes per day, five days per week. Data showed that the children who played the new video-game therapy had significant improvements in attention scores compared with the control group.

“The number of side effects in the trial was very low, especially compared to a pharmacologic trial,” Kollins said. “Also the intervention is easy to access, as opposed to a qualified provider, which is difficult to access in many areas and communities. This video game is something that can be downloaded.”

“This study shows promise for digital interventions,” Chaudhary added. “While they may not be replacements for medications, they certainly might augment clinical care in a new way.

Behavioral strategies can be particularly helpful for children with ADHD, “especially where medications cannot be used,” Chaudhary explained. “While the gold standard of treatment for ADHD in childhood is still stimulants — and the benefits of such treatments are clear — it is exciting to see new, innovative interventions emerge.”