The Scientific Debate Over Teens, Screens And Mental Health 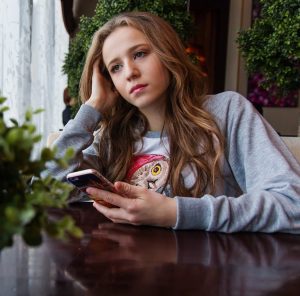 More teens and young adults — particularly girls and young women — are reporting being depressed and anxious, compared with comparable numbers from the mid-2000s. Suicides are up too in that time period, most noticeably among girls ages 10 to 14.

These trends are the basis of a scientific controversy.

One hypothesis that has gotten a lot of traction is that with nearly every teen using a smartphone these days, digital media must take some of the blame for worsening mental health.

But some researchers argue that this theory isn’t well supported by existing evidence and that it repeats a “moral panic” argument made many times in the past about video games, rap lyrics, television and even radio, back in its early days.

To understand both sides of the debate, Anya Kamenetz from KQED’s MindShift talked in detail to three researchers: professor of psychology at San Diego State University Jean Twenge, Amy Orben,  psychologist at Oxford University and a lead author on three papers that analyzed data from  350,000 participants in three nationwide surveys in the U.S. and the United Kingdom, and finally, Katherine Keyes, an epidemiologist at Columbia University’s Mailman School of Public Health, whose focus is on explaining population-wide trends, particularly in adolescent mental health. Twenge argues that teens’ use of tech is a big problem, Orben thinks the danger is exaggerated and  Keyes, an expert in research methodology, suggests the connection may not be so simple.

Excerpted from “The Scientific Debate Over Teens, Screens And Mental Health” in MindShift. Read the full article to learn what the researchers agree upon and where their opinions diverge.

Listen to a 7-minute podcast on this topic: