What Science Tells Us About Early Childhood Development 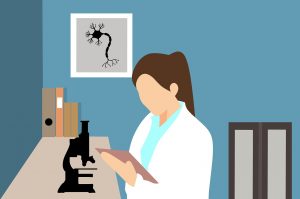 The use of science to inform learning and development can have profound results for children, particularly those in their first few years of life.

So say the experts—among them Randa Grob-Zakhary, a resident of Switzerland who holds doctoral degrees in neuroscience and medicine from Johns Hopkins University. Trained as a physician and neurosurgeon, Grob-Zakhary came to the education industry when she was pregnant with her first child, a time during which she “became acutely aware of the massive gap between what we know about children’s learning and development, and what we’re actually using,” she says.

In an interview conducted by EdSurge, Grob-Zakhary answers questions on how the field of early childhood is tapping into existing neuroscience, what the science says about those early years, birth through age five, and more.

Excerpted from the interview:

So not only are the first five years critical, but there are certain functions that develop like language, reasoning and empathy. It’s not just the core of traditional academic learning. Many critical skills have their first critical period in between the age of two and four, or two and five.

And what critical period means, speaking from a neuroscience perspective, is that your body is programmed to [reach certain milestones]. It doesn’t happen at the same age or the same moment for every child, but it happens in the same sequence. And it’s highly predictable, and it means that in that critical period you have highly accelerated, very robust formation and maturing of connections and pathways. And they have to do with chemical changes that happen in and around the neurons and pathways, and it happens in a very pre-programmed fashion.

And so, what we’ve learned from neuroscience is that it’s important to enhance and enrich experiences and remove stress—and I don’t mean homework stress. I mean serious stress, like addiction, poverty, starvation, abuse, crisis. If those things are happening to a child in those critical periods, it also means they don’t even have the minimal development. They’re falling behind already.”

Excerpted from “What Science Tells Us About Early Childhood Development” in EdSurge. Read the full article.