Why the Preteen Years Are a Critical Period for Brain Development 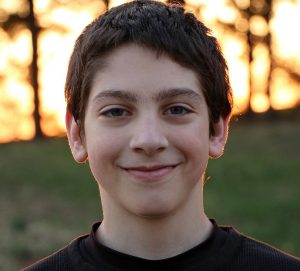 Aside from experiencing physical changes, preteens also undergo a brain growth spurt much like toddlers. Ron Dahl, who directs the Institute for Human Development at the University of California, Berkeley, argues that adolescence is actually a second opportunity to invest in children because of the enormous brain development during this period.

Dahl and three other developmental scientists reviewed the research on the adolescent brain and made an argument for investing as much in this period as we do in early childhood in the article “Importance of investing in adolescence from a developmental science perspective” in the journal Nature in 2018.

The dramatic learning isn’t necessarily cognitive in the sense of remembering facts and figures. It’s more about social development and forming an identity. Kids learn to calibrate their feelings and navigate uncertain social situations. They are preoccupied with figuring out what they enjoy, social interactions, their status within a group and feeling like they are contributing to the community. They learn a lot of this through trial and error, just as a baby falls down but keeps getting up when learning to walk.

For educators and parents, the opportunity to intervene is at the front end of this learning spurt during early adolescence. Many interventions are mistakenly directed to teens when their problems have already manifested. Self-inflicted injuries and violent crime peak in the late teen years, around 17. But Dahl says the window to make a difference is from 9 to 11 years old.

This is a time when behaviors, habits and proclivities with long-term health and education outcomes are being shaped,  said Dahl.

Social recognition is very motivating. For an adolescent, “it’s a thrill when an adult takes you seriously and says, ‘what a great idea.’” Dahl said.  The emotional signals are “intensified.”

Teens like to contribute to the community or larger society. “It’s not just about feeling like you belong but that you can contribute to solutions to the world’s problems,” said Dahl.

Group work takes advantage of adolescents’ desire to interact with each other. It’s boring for many teens to work alone on homework at a desk. Often they don’t see the relevancy of it, Dahl said.

What doesn’t work that well with teens is simply giving them information. Dahl said that efforts to improve eating habits by giving adolescents information on exercise or which food is nutritious haven’t worked.

Excerpted from “Why the Preteen Years Are a Critical Period for Brain Development” in The Hechinger Report. Read the full article.

Source: The Hechinger Report | Why the Preteen Years Are a Critical Period for Brain Development, https://hechingerreport.org/why-the-preteen-years-are-a-critical-period-for-brain-development | Copyright © 2020 by Teachers College at Columbia University

Do you need someone to talk to? CHC can help.  We invite you to call or email our Care Managers at 650.688.3625 or careteam@chconline.org  to set up a free 30-minute consultation.