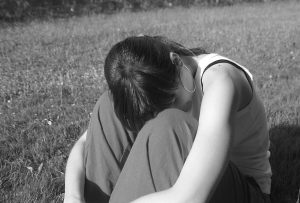 Bullying is a behavior that many of us have experienced in school or online, either as the person being bullied, the person engaging in the behavior, or as a witness. While bullying is far from new, it should not be considered a rite of passage for young people.

Bullying is defined as aggressive behavior between school-aged youth when there is a power imbalance that is repeated, or has the potential to be repeated, over time. It can include many different forms of aggression:

Bullying can happen through direct (e.g., face-to-face) or indirect (e.g., rumor spreading) means, and can occur in a variety of places, including at school or online.

Health and Life Impacts of Bullying

Bullying has been linked to serious negative consequences for those who are bullied, those who engage in the behavior, and even for those who witness bullying.

Young people who are both bullied and bully others are at the highest risk for negative outcomes such as:

In one study, over 60 percent of youth who reported experiencing cyberbullying indicated that it significantly affected their ability to learn and feel safe at school.

These outcomes may persist from childhood through adulthood. However, while media attention has often focused on the link between bullying and suicide, most youth who are bullied are not suicidal. Those who do engage in suicidal behaviors often have other risk factors, such as underlying mental health disorders, which can be exacerbated by bullying.

Still, 21 percent of youth equates to just over 5 million students being bullied in a single school year. Within that number, some groups are significantly more likely to experience bullying. In a 2015 national survey, nearly 34 percent of high school students who identified as lesbian, gay or bisexual reported being bullied, compared to 19 percent of their heterosexual peers. These students also are at significantly higher risk of reported suicidal behaviors, substance use, and depression.

Also, while the number of students who report experiencing cyberbullying (11.6 percent) continues to be lower than other forms of bullying, cyberbullying presents unique challenges, including the evolving nature of technology, the potential for anonymity, and the viral nature of online posting.

Do you need someone to talk to? CHC can help.  We invite you to call or email our Care Managers at 650.688.3625 or careteam@chconline.org  to set up a free 30-minute consultation. CHC teletherapy services are available.