For Some Trans Youth, Suicide Risk Lowers With Puberty Suppression 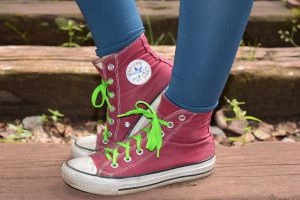 While only a minority of transgender youth who want puberty-blocking medicines receive this treatment, a new study suggests they may have a lower suicide risk when they get it.

Researchers examined survey data from 20,619 transgender adults ages 18 to 36 who described their current mental health as well as any interest in puberty suppression when they were younger. Overall, about 17% said they had wanted to take drugs to help their outward appearance better match their gender identity when they were growing up.

But only 2.5% of the participants who wanted puberty blockers received treatment. Those who did were less likely to have any history of suicidal thoughts or suicide attempts by the time they reached their mid-30s.

“Transgender youth often experience distress during puberty as their body begins to develop in a way that does not match who they know themselves to be,” said lead study author Dr. Jack Turban of Massachusetts General Hospital in Boston.

Puberty-blocking medicines can temporarily stop the body from producing sex hormones, pausing the development, for example, of facial hair or breasts. When young patients get puberty blockers, the effects can be reversed by stopping treatment.

While some previous small studies have shown that pubertal suppression is associated with better mental health outcomes for transgender youth, the current study is the first to show that puberty blockers are also associated with a lower risk of suicidal ideation, Turban said by email.

In the current study, about 75% of transgender adults who wanted puberty blockers and received them when they were younger had a history of suicidal thoughts, compared with 90% of their counterparts who wanted the treatment but didn’t get it, researchers report in Pediatrics.

Similarly, about 42% of transgender adults who wanted and received puberty blockers had attempted suicide at some point in their lifetime, compared with 51% of their counterparts who didn’t get treatment.

Excerpted from “For some trans youth, suicide risk lowers with puberty suppression” in Reuters. Read the full article.