Getting a Handle on Self-Harm 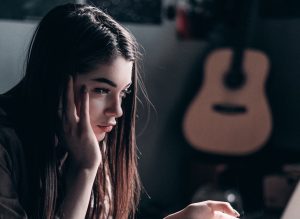 Self-injury, particularly among adolescent girls, has become so prevalent so quickly that scientists and therapists are struggling to catch up. About 1 in 5 adolescents report having harmed themselves to soothe emotional pain at least once, according to a review of three dozen surveys i in nearly a dozen countries, including the United States, Canada and Britain.

Habitual self harm, over time, is a predictor for higher suicide risk in many individuals, studies suggest.

But there are very few dedicated research centers for self-harm, and even fewer clinics specializing in treatment. When youngsters who injure themselves seek help, they are often met with alarm, misunderstanding and overreaction. The apparent epidemic levels of the behavior have exposed a structural weakness of psychiatric care: Because self-injury is considered a “symptom,” and not a stand-alone diagnosis like depression, the testing of treatments has been haphazard and therapists have little evidence to draw on.

In the past few years, psychiatric researchers have begun to knit together the motives, underlying biology and social triggers of self-harm. The story thus far gives parents — tens of million worldwide — some insight into what is at work when they see a child with scars or burns. And it allows for the evaluation of tailored treatments.

The most common misperception about self-injury is that it is a suicide attempt: A parent walks in on an adolescent cutting herself or himself, and the sight of blood is blinding.

Whether this method of self-soothing is an epidemic of the social media age is still a matter of scientific debate. No surveys asking about self-harm were conducted before the mid-1980s, in part because few researchers thought to ask.

Among current American college students, a privileged group by definition, about 1 in 5 reports having inflicted self-harm on purpose to ease emotional pain at least once, according to surveys done at 10 universities by Janis Whitlock, director of the Cornell Research Program for Self-Injury and Recovery. The first episode occurs around age 15, on average, Dr. Whitlock said, but a large number of people who self-harm started later, at age 17 or 18.

Few people who self-harm once stop there, said Dr. Whitlock, an author of “Healing Self-Injury: A Guide for Parents.” “About 3 in 4 continue, and the frequency tends to go up and down, as people go in and out of various stages,” she said. “It’s absolutely crazy-making for parents, because it’s hard to know what’s happening.”

The one treatment that appears to be most effective for breaking the habit of self-harm is a specialized talk therapy, originally invented for people with a diagnosis of borderline personality disorder, who are highly suicidal. Habitual self-injury is a risk factor for later suicide, and those who engage in it, like people diagnosed with borderline, endure gusts of dark emotion.

Through one-on-one and group therapy sessions, at least once a week for two months or more, people who injure themselves learn a series of coping skills to weather troughs of misery. These skills include mindfulness techniques and opposite action, in which patients act opposite to the way they feel in order to alter the underlying distress. The therapy is called dialectical behavior therapy, or D.B.T., and was developed by Marsha Linehan, a psychologist at the University of Washington.

Excerpted from “Getting a Handle on Self-Harm” in The New York Times. Read the full article online.

Do you need someone to talk to? To schedule an evaluation or to get advice about your child’s or teen’s challenges, call or email a CHC Care Coordinator at 650.688.3625 or careteam@chconline.org CHC teletherapy services are available now.