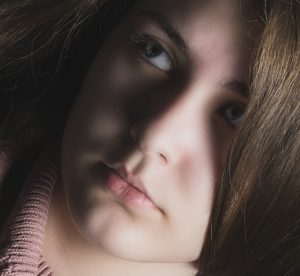 Teenagers who don’t get enough sleep may be at an increased risk of engaging in unsafe sexual behaviors, such as not using condoms or having sex under the influence of alcohol or drugs, according to new research published by the American Psychological Association.

“Teens by and large are not getting the recommended eight to 10 hours of sleep a night, due to a number of reasons, including biological changes in circadian rhythms, early school start times, balancing school and extracurricular activities and peer social pressures” said Wendy M. Troxel, PhD, a RAND Corporation senior behavioral and social scientist and lead author of the study published in the journal Health Psychology®. “Insufficient sleep may increase the potential for sexual risk-taking by compromising decision-making and influencing impulsivity.”

Troxel and her co-authors, all from RAND Corporation, a nonprofit, nonpartisan research institution, analyzed data from a large, long-term study of 1,850 racially and ethnically diverse adolescents and young adults in Southern California. The data were collected four times between 2013 and 2017. Participants were, on average, 16 years old in 2013 and 19 years old in 2017.

Previous research has shown that irregular sleep patterns (e.g., sleeping in on weekends) can put teens at risk for negative health outcomes. Therefore, Troxel and her colleagues expected that teens who slept in on the weekends to make up for lost sleep during the week would show greater sexual risk-taking than those who had a more consistent sleeping routine.

Contrary to what they predicted, the researchers found that adolescents who were short weekday and short weekend sleepers (i.e., those who consistently did not get enough sleep) were nearly two times more likely to engage in unsafe sex than those who slept in, on average, an extra 3.5 hours on weekends.

While this study could not make a direct link between sleep quality and sexual behaviors, it adds to a growing body of research about the potential role of sleep disturbances and adolescent risk-taking behaviors, Troxel said.

Troxel acknowledged that the findings pose a significant challenge for parents, clinicians and policymakers.

“On one hand, we should encourage sleep routines for teens because regularity is important for maintaining healthy sleep and circadian rhythms,” she said. “However, for most U.S. teens, whose weekday sleep opportunities are constrained due to early school start times, maintaining consistency in sleep-wake schedules throughout the week may not only be unrealistic, but also may be unhealthy, if it perpetuates a pattern of chronic sleep deprivation.”

Troxel suggested possible strategies that may help teens get the sleep their bodies need.

“Our recommendation is for parents and teens to find a middle ground, which allows for some weekend catch-up sleep, while maintaining some level of consistency in sleep-wake patterns,” she said. “We also need to encourage school districts to consider delaying school start times because this could make a substantial difference in helping teens get adequate sleep.”

Excerpted from “Lack of Sleep May Increase Likelihood of Teens Engaging in Risky Sexual Behaviors” on the American Psychological Association website. Read the full press release. The article, “Associations of Longitudinal Sleep Trajectories With Risky Sexual Behavior During Late Adolescence” is available as a PDF from apa.org.