Many Ways to Be a Girl, but One Way to Be a Boy: The New Gender Rules 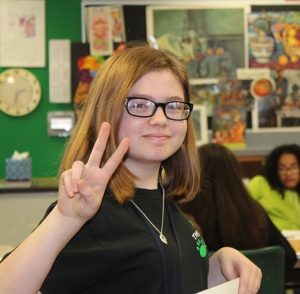 Girls have been told they can be anything they want to be, and it shows. They are seizing opportunities closed to previous generations — in science, math, sports and leadership.

But they’re also getting another message: What they look like matters more than any of that.

Boys seem to have been largely left out of the conversation about gender equality. Even as girls’ options have opened up, boys’ lives are still constricted by traditional gender norms: being strong, athletic and stoic.

These are findings from a new nationally representative poll of 1,000 children and adolescents 10 to 19, along with other research on this age group, which is not surveyed often. They show gender attitudes of a generation on the verge of adulthood.

In the survey, conducted by PerryUndem, a research and polling firm, a majority of girls said sexism was still a problem — yet in many ways, they felt empowered. Girls were slightly more likely than boys to say being a leader was a very important life goal, evidence of a significant shift in gender expectations.

Black and Latino adolescents, the survey found, are more likely to have progressive attitudes about gender equality, but they’re also more likely to hear sexual comments from peers, and to feel pressure to be attractive or strong.

Learn more about these finding in the full article in The New York Times online.

If you would like to read the studies referenced in this article, they are: