One in Four Children ‘Have Problematic Smartphone Use’ 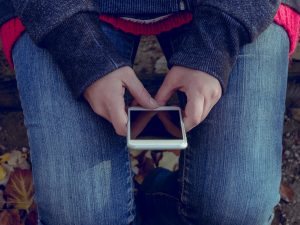 The amount of time children and teens spend using their devices has become an issue of growing concern, but experts say there is still little evidence as to whether spending time on screens is harmful in itself.

The experts behind the latest study said they wanted to look beyond the time young people were spending on smartphones and instead explore the type of relationship they had with such devices.

The results suggest more than 23% of young people have a dysfunctional relationship with their smartphones, and that this appears to be associated with poorer mental health – although the research cannot say whether phone use is driving such problems.

Writing in the journal BMC Psychiatry, the team reported how they looked at data from 41 studies involving a total of almost 42,000 participants across Europe, Asia and America, predominately in their teens or early 20s.

These studies used questionnaires to probe the prevalence of problematic smartphone use – behaviors such as being anxious when the device is not available or neglecting other activities to spend time on the smartphone.

Taken together, the team said on average these studies suggested as many as one in four children and young people had problematic smartphone use, with girls in their late teens the most likely to report such behavior.

Among the studies that probed mental health, the results suggested people with problematic smartphone use were also more likely to have depression – for which the odds were more than three times worse – anxiety, feelings of stress and poor sleep as well as poorer educational attainment.

While the team said it was too soon to call problematic smartphone usage an addiction, they noted that it appeared to be linked to similar patterns of behavior and emotion.

Kalk said further studies were needed to explore if these behaviors were hard to break, or cause harm – other key features of an addiction.

The authors argued that the availability and pervasiveness of smartphones in everyday life meant problematic use of the devices posed a different and “arguably much bigger public health problem” than substances of abuse or internet gaming.

Dr Amy Orben, an expert in screen time at the University of Cambridge, raised concerns, noting that the definition of problematic internet use varied considerably across studies, and the measures used were contested.

She said studies finding little signs of problematic internet use might have been overlooked, while the research could not say whether problematic smartphone use caused poorer mental health.

“It has been shown previously that smartphone effects are not a one-way street, but that mood can impact the amount of smartphone use as well, making these correlations bidirectional in nature,” she said.

Excerpted from “One in four children ‘have problematic smartphone use’” in The Guardian. Read the full article.

Source: The Guardian | One in four children ‘have problematic smartphone use’, https://www.theguardian.com/society/2019/nov/29/one-in-four-children-have-problematic-smartphone-use | © 2019 Guardian News & Media Limited