Teens Around the World Are Lonelier Than a Decade Ago. The Reason May Be Smartphones. 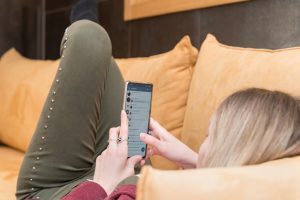 Loneliness among adolescents around the globe has skyrocketed since a decade ago — and it may be tied to smartphone use, a new study finds.

In 36 out of 37 countries, feelings of loneliness among teenagers rose sharply between 2012 and 2018, with higher increases among girls, according to a report released July 20, 2021, in the Journal of Adolescence.

Researchers used data from the Programme for International Student Assessment, a survey of over 1 million 15- and 16-year-old students. The survey included a six-item measure of loneliness at school in 2000, 2003, 2012, 2015 and 2018. Before 2012, the trends had stayed relatively flat. But between 2012 and 2018, nearly twice as many teens displayed high elevated levels of “school loneliness,” an established predictor of depression and mental health issues. (The study did not cover the period of the coronavirus pandemic, which also may have affected teen well-being.)

“It’s surprising that the trend would be so similar across so many different countries,” said Jean Twenge, a psychology professor at San Diego State University and the study’s lead author. “On the other hand, if this trend is caused by smartphones or electronic communication, a worldwide increase is exactly what you’d expect to see.”

In the worldwide study, school loneliness was not correlated with factors such as income inequality, gross domestic product and family size, but it did correlate with increases in smartphone and Internet use. By 2012, most of the countries in the study had reached a point where at least half of teens had access to smartphones,

Social media can create an exclusionary environment that increases school loneliness, especially for girls, the paper said; it can also enable cyberbullying. And even if an adolescent does not personally use social media and smartphones, they are so ubiquitous that they can have a negative effect regardless.

For example, if a teen’s friends use digital media, the friends will be less available for in-person interaction, causing those who don’t use it feel left out. Even during in-person interactions, smartphones may dampen enjoyment through “phubbing” (ignoring someone to look at one’s phone), the paper found.

Amanda Lenhart, program director for health and data at the Data & Society Research Institute, a nonprofit research center, praised the study’s attention to group as well as individual experiences, but cautioned against reading too much into the data, noting that most students did not report increased loneliness.

“It’s really just a subgroup of kids, 1 in 5, maybe 2 in 5. We should look at that group, the subset of kids who actually need our attention . . . rather than treating adolescents as a monolith.”

Excerpted from “Teens Around the World Are Lonelier Than a Decade Ago. The Reason May Be Smartphones.” in The Washington Post. Read the full article online.

Source: The Washington Post | Teens Around the World Are Lonelier Than a Decade Ago. The Reason May Be Smartphones., https://www.washingtonpost.com/local/social-issues/teens-loneliness-smart-phones/2021/07/20/cde8c866-e84e-11eb-8950-d73b3e93ff7f_story.html | © 2021 The Washington Post