This Is Why Small Talk Makes Some People So Anxious 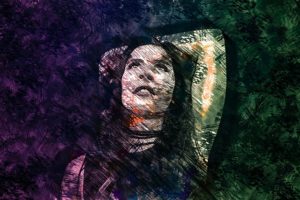 It can be difficult to know the difference between having social anxiety and being awkward, introverted, or shy. The American Psychological Association’s Diagnostic and Statistical Manual of Mental Disorders defines social anxiety as “a persistent fear of one or more social or performance situations” that involve being “exposed to unfamiliar people or to possible scrutiny by others.”

Modern life provides us with constant opportunities to be scrutinized by others, and while few among us wouldn’t be nervous about giving a work presentation or a speech at a wedding, an ongoing fear of saying the wrong thing in casual conversations can become problematic. Conversation anxiety, though not itself a disorder, is an aspect of social anxiety that can make dates, parties, and mixers anywhere from mildly stressful to intolerable.

In her new book, How to Be Yourself, Ellen Hendriksen says social anxiety is rooted in a fear of what she calls “the reveal” of a fatal flaw that will ultimately lead to social rejection. “This distorted fatal flaw is what we carry around with us if we have social anxiety. And we work really hard to try to conceal it, because we believe that if we actually engage, or if we stop avoiding, then it will be revealed, and we’ll be judged and rejected for it,” says Hendriksen, who is also a clinical psychologist at Boston University’s Center for Anxiety and Related Disorders.

Hendriksen’s reveal concept is based on the work of researcher David Moscovitch, who argues that the perceived flaw can be in any one of four areas—social skills, inability to conceal anxiety, physical appearance, or character. “What makes it a disorder is that this thing we’re worried about is either not true or there’s a grain of truth to it but nobody really cares,” Hendriksen says.

One idea for overcoming conversation anxiety is to come up with a script to prepare for dates or parties. In theory, a script would take the edge off of the uncertainty, which is something people with anxiety really struggle with. But scripting has serious limits: If you’ve planned everything you’re going to say ahead of time, you leave little room to respond in real time to the person you’re trying to connect with. Hendriksen says that while it’s okay to keep some stock stories in your back pocket, casual conversations generally shouldn’t require preparation. Scripting might actually make anxiety worse because it encourages excessive focus on the self.

Instead, if you’re worried about saying the wrong thing, sounding stupid, or otherwise being exposed as a no-social-skills-having ogre, Hendriksen suggests shifting your attention from yourself to those around you. “Pay attention to the people you’re taking to. Listen to what they have to say. When you’re truly listening, questions and comments naturally arise, so you don’t have to scan for them or plan them out,” she says. “Then you’ll have the bandwidth to be filled with natural curiosity, interest, and friendliness. And that tends to go over much better with other people.”

Excerpted from “This Is Why Small Talk Makes Some People So Anxious” in Tonic, Vice Media’s health channel. Read the full article online.

Source: Tonic | This Is Why Small Talk Makes Some People So Anxious, https://tonic.vice.com/en_us/article/mbknqv/this-is-why-small-talk-makes-some-people-so-anxious | © Vice Media 2018