When Teens Cyberbully Themselves 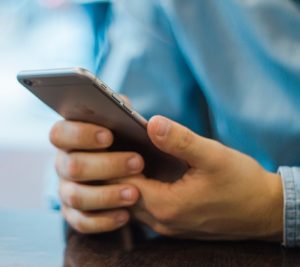 During the stressful teen years, most adolescents experience emotional highs and lows, but for more than 20 percent of teenagers, their worries and sad feelings turn into something more serious, like anxiety or depression. Studies show that 13 percent to 18 percent of distressed teens physically injure themselves via cutting, burning or other forms of self-harm as a way to cope with their pain.

Recent research and clinical psychologists now suggest that some adolescents are engaging in a newer form of self-aggression — digital self-harm. They’re anonymously posting mean and derogatory comments about themselves on social media.

According to a survey published late last year in the Journal of Adolescent Health, teens are bullying themselves online as a way to manage feelings of sadness and self-hatred and to gain attention from their friends. For the study, 5,593 middle and high school students from across the U.S., ages 12 to 17, completed a series of questionnaires that asked about their experiences with digital self-harm and cyberbullying.

“We were alarmed to learn that 6 percent of the youth who participated in our study engaged in some form of digital self-harm,” says Sameer Hinduja, co-author of the study and a professor of criminology at Florida Atlantic University. He is also the co-director of the Cyberbullying Research Center.

According to the American Psychological Association, teens who physically injure themselves often struggle with depression, post-traumatic stress disorder or difficulties with emotional regulation. Not all adolescents who cyberbully themselves have a psychiatric illness, Ziegler notes, but that doesn’t mean their behavior should be taken lightly.

“Similar to teens who self-harm by cutting, kids who cyberbully themselves often suffer silently, feeling like they don’t have a friend or adult to confide in,” says Ziegler.

“One of the best thing parents can do is to promote open, nonjudgmental lines of communication with their kids,” [Hinduja] says. “Validating a teen’s experience can encourage them to confide in adults about their distressing experiences — offline or online.”

Read the full article, “When Teens Cyberbully Themselves”, in KQED‘s online newsletter, MindShift.