Keep Your Teen Moving to Reduce Risk of Depression 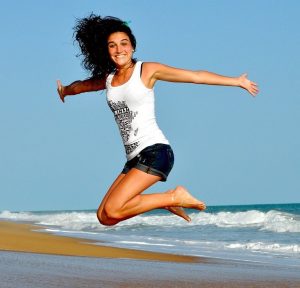 But unless your child is an athlete, it can be tough to wean them away from social media and the ever-present screen to swim laps or go for a blood-pumping jog.

A new study has some good news: even light exercise may help protect children against developing depression.

The study, published Tuesday in the journal Lancet Psychiatry, found that 60 minutes of simple movement each day at age 12 was linked to an average 10% reduction in depression at age 18. The types of movement ranged from running and biking to walking, doing chores, painting or playing an instrument.

“It’s not just more intense forms of activity that are good for our mental health,” Aaron Kandola, a PhD student in psychiatry at University College London and lead author of the study, said in a statement.

“A lot of initiatives promote exercise in young people, but our findings suggest that light activity should be given more attention as well,” senior author Dr. Joseph Hayes, a psychiatrist and clinical research consultant at University College London, said in a statement.

In the United States, rates of teen depression are on the rise. A new study to be published in March found rates of major depressive episodes in the last year among teens increased 52% between 2005 and 2017. The study analyzed data from the US National Survey on Drug Use and Health and found rates rose from 8.7% to 13.2% over that time span.

A depressive episode is defined by a list of symptoms that include feeling sad, hopeless, frustrated, anxious or worthless for at least two weeks.

In 2016, the US Preventive Services Task Force said that all primary care doctors, such as pediatricians and family physicians, should routinely screen teens over age 12 for signs of depression. One of the most used tests is called the PHQ, or patient health questionnaire. The questions cover mood, sleep, energy, concentration and suicidal thoughts, and asks the teen to rate the severity of their symptoms from “not at all” to “nearly every day.”

Parents should be able to access the test via their pediatrician, as the American Academy of Pediatrics updated their guidelines in 2018, encouraging all pediatricians to screen teens for depression, and depending on the severity of the results, refer teens for treatment.

Excerpted from “Keep your teen moving to reduce risk of depression, study says” from CNN. Read the full article.

A screening can help you determine if you or someone you care about should contact a mental health professional. Clinical Services Coordinators can arrange a free 30 minute Care Consultation so you can explore options with an expert. Call or email our Clinical Services Coordinators at 650.688.3625 or careteam@chconline.org to set up an initial Consultation appointment