Scientists May Have Found the Root of Anxiety, Opening a Door to Treatment 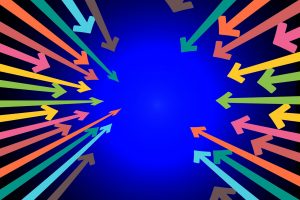 When anxiety takes hold, it’s a full-body experience. It’s hard to imagine that these all-encompassing symptoms could emanate from a few specific cells, but new research points to just such a neural home for anxiety in the brain.
Using a specific class of cells as a target, researchers hope that they’ll be able to develop more precise and effective treatments for anxiety.

A new treatment that could prevent anxiety symptoms may be lurking in a small population of microglia is described in a paper published this week in Cell Reports.

In a series of mouse experiments, scientists at the University of Utah noted that a “lineage” of cells called Hoxb8 microglia had specific effects on anxiety. In mice with dysfunctional Hoxb8 microglia cells, they nervously over-groomed and displayed symptoms similar to human anxiety and obsessive compulsive disorder, but when these cells were functioning normally, the symptoms abated.

Dimitri Traenkner, Ph.D., assistant professor of biology at the University of Utah, tells Inverse the finding offers biological answer for why people with acute anxiety feel the way they do. The identification of these cells is a big step forward for developing new anxiety treatments.

“For people suffering from anxiety, this news should give hope. Maybe simply because it might not be your fault if you are anxious. There is an underlying disease mechanism,” Traenkner says.

“The main positive aspect is that our study, and many recent studies done in other labs, show that we are getting closer to defining the cells and molecules producing or preventing anxiety,” says Traenkner.

People of both sexes struggle with anxiety, but more females tend to struggle with it, statistically speaking. The NIH has noted that 23.4 percent of women were diagnosed with an anxiety order compared to 14.3 percent of men. This team suggests that if the microglia play a role in the development of symptoms in the first place, hormones appear to control how severe those symptoms are.

Results from an experiment that involved reducing the mice’s level of sex hormones suggest that it’s the high levels of estrogen and progesterone that could ratchet up the volume of anxiety symptoms in females, particularly around the onset of puberty. Though this was only observed in mouse models,  adolescent girls do have higher levels of anxiety compared to boys. According to the NIH, 38 percent of adolescent girls reported anxiety disorders compared to 26.1 percent of adolescent boys.

Taken together, Traenkner is most excited about the potential that his team’s early research has for explaining anxiety, a condition that feels overwhelming and hard to explain for both patients and physicians.

Excerpted from “Scientists may have found the root of anxiety, opening a door to treatment” in Inverse. Read the full article.

Source: Inverse | Scientists may have found the root of anxiety, opening a door to treatment, https://www.inverse.com/article/60433-what-causes-anxiety-symptoms | INVERSE © 2020 Bustle Digital Group