The Complicated Relationship Between Screen Time and Depression 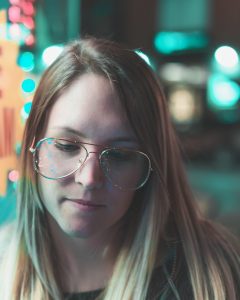 Some experts think that the rise in mental health problems in youth can be tied to an event in 2007: The introduction of the iPhone. Psychologist and author Jean M. Twenge wants us to believe that the “iGen”, the generation shaped by smartphones and social media use, born between 1995 and 2012 is “on the brink of the worst mental-health crisis in decades.”

Twenge’s and other surveys have found a link between the amount of screen time and mental issues like anxiety and depression, and conversely, a positive correlation between face-to-face interactions and a stronger sense of social well-being. It seems reasonable to believe that online interactions could lead to less healthy outcomes since more screen time implies less face-to-face time.

Dr. Ramsey Khasho, chief clinical officer at Children’s Health Council in Palo Alto, who works with youth in crisis, argues that it’s reductive to begin and end discussions of mental illness among youth by talking about smartphones and social media. According to Khasho, one of the reasons we see a rise in youth hospitalizations for mental health is because we’ve increased awareness of mental illnesses, making it more acceptable for parents to access treatment for their children.

“I think we need to focus less on the social media part of it,” he says. “There are many kids who are isolated and are able to get support through social media.”

Khasho suggests that mental health discussions should revolve around how to increase knowledge of mental illness symptoms, removing barriers to treatment, and eliminating stigma. Overemphasizing the link between technology and mental illness draws attention away from these critical conversations.

“We need teenagers to understand what’s going on in their brains,” says Khasho, and that includes teaching children healthy ways to channel emotions and to put their struggles into perspective. Youth, he believes, should be trained “directly and explicitly about mental health, at least in middle school.”

Doug Styles, director of Huckleberry Youth Programs, a flagship youth services program in San Francisco, claims that social media lacks the means to drive meaningful relationships, but he doesn’t believe that social media is the main problem. Pinning the rise in behavioral issues among youth squarely on social alienation, with and without the use of smartphones, Styles recommends looking at the problem holistically.

The first step to helping youth in crisis is to establish a connection with them, to help troubled youth feel a sense of belonging. “And that’s before we deal with all of the other things that may be going on in their families or in their schools that maybe creating this,” Styles says.

Excerpted from “The Complicated Relationship Between Screen Time and Depression” in Elemental by Medium. Read the full article. Or listen to an audio version of this article: