Study: Majority of Students’ Feelings About High School Are Negative 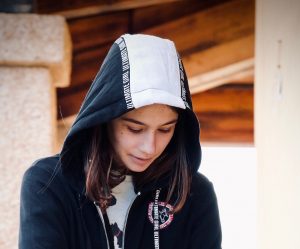 Ask a high school student how he or she typically feels at school, and the answer you’ll likely hear is “tired,” closely followed by “stressed” and “bored.”

In a nationwide survey of 21,678 U.S. high school students, researchers from the Yale Center for Emotional Intelligence and the Yale Child Study Center found that nearly 75% of the students’ self-reported feelings related to school were negative.

The study, which appeared in the January edition of the Journal of Learning and Instruction, also involved a second, “experience sampling” study in which 472 high school students in Connecticut reported their feelings at distinct moments throughout the school day. These momentary assessments told the same story: High school students reported negative feelings 60% of the time.

“It was higher than we expected,” said co-author and research scientist Zorana Ivcevic.  “We know from talking to students that they are feeling tired, stressed, and bored, but were surprised by how overwhelming it was.”

Students were recruited for the survey through email lists of partner schools and through social media channels from nonprofits like the Greater Good Science Center and Born this Way Foundation. The students represent urban, suburban, and rural school districts across all 50 states and both public and private schools. The researchers found that all demographic groups reported mostly negative feelings about school, but girls were slightly more negative than boys.

In the first online survey, students were asked to “think about the range of positive and negative feelings you have in school” and provide answers in three open text boxes. They were also asked to rate on a scale of 0 (never) to 100 (always) how often they felt 10 emotions: happy, proud, cheerful, joyful, lively, sad, mad, miserable, afraid, scared, stressed and bored.

In the open-ended responses, the most common emotion students reported was tired (58%). The next most-reported emotions — all just under 50% — were stressed, bored, calm, and happy. The ratings scale supported the findings, with students reporting feeling stressed (79.83%) and bored (69.51%) the most.

When those feelings are examined with more granularity, said Ivcevic, they reveal something interesting. The most-cited positive descriptions — calm and happy — are vague.

“They are on the positive side of zero,” Ivcevic said, “but they are not energized or enthusiastic.” Feeling “interested” or “curious,” she noted, would reveal a high level of engagement that is predictive of deeper and more enduring learning.

She added that many of the negative feelings may be interrelated, with tiredness, for example, contributing to boredom or stress. “Boredom is in many ways similar to being tired,” she said. “It’s a feeling of being drained, low-energy. Physical states, such as being tired, can be at times misattributed as emotional states, such as boredom.”

The researchers noted that the way students feel at school has important implications in their performance and their overall health and well-being.