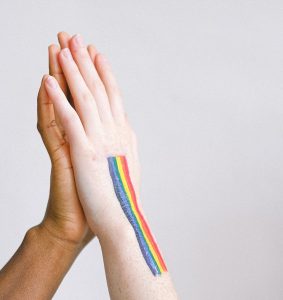 LGBTQ students attending schools with gay-straight alliance programs in place reported experiencing less bullying and better health outcomes than their LGBTQ peers whose schools lacked such programs, according to a national survey.

Among 17,112 LGBTQ high school respondents, 91% reported at least one experience with bullying of any type, and in fact most bullying was for “stigmatized identities” unrelated to gender identity or sexual orientation, such as body weight or religion, reported Leah M. Lessard, PhD, of the University of Connecticut in Hartford, and colleagues.

Although all forms of bullying were correlated with negative health outcomes like sleep issues, depression, or smoking, the presence of gay-straight alliance programs at schools, which focus on peer-to-peer connectedness to reduce prejudice, was not only associated with reductions in bullying, but improvements on these health outcomes, they wrote in the American Journal of Preventive Medicine.

Moreover, presence of such programs significantly diminished rates of bullying of nearly every type, including that targeting victims’ weight, sex, religion, or disability, as well as bullying based on gender nonconformity or sexual orientation.

“This study calls attention to the broad reaching stigma reduction potential of GSAs that may reduce not only bullying based on sexual and gender identity, but also bullying based on other diverse identities,” Lessard said.

GSAs vary in structure across schools, but they are typically student-run and designed to target all forms of biases to create a more inclusive school environment, commented Dorothy Espelage, PhD, of the University of North Carolina at Chapel Hill, who was not involved in this study.

The web-based 2017-2019 LGBTQ National Teen Survey recruited English-speaking adolescents ages 13-17 on social media and through the Human Rights Campaign’s community partners. Teens were asked to report how often they were bullied for a variety of factors on a 5-point scale.

Overall, 73% reported bullying that was related to factors outside of their sexual and gender identity, including their body weight (57%), religion (27%), or disabilities (17%), Lessard and co-authors reported.

Reporting bullying based on weight, gender, race/ethnicity, religion, disability, gender typicality, and sexuality were all associated with a higher risk of negative health outcomes, even after adjusting for demographic variables, sexual and gender identity, disability, parental education, and whether students were “out” to their classmates.

Read the study abstract in the American Journal of Preventive Medicine.