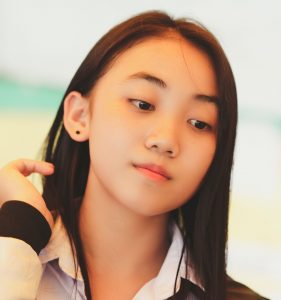 Communities touting the best-ranked schools are often the most in-demand among families. But this competitive environment can come at a psychological cost to those attending them. Emerging research is finding that students in “high-achieving schools” — public and private schools with high standardized test scores, varied extracurricular and academic offerings, and graduates who head off to top colleges — are experiencing higher rates of behavioral and mental health problems compared with national norms.

A consensus study report on advancing health equity among American children published this summer by the National Academies of Sciences, Engineering and Medicine added youths in “high achieving schools” to their list of “at-risk” groups, along with kids living in poverty and foster care, recent immigrants and those with incarcerated parents.

Last year, a report by the Robert Wood Johnson Foundation came to a similar conclusion when it named the top environmental conditions harming adolescent wellness — among them were poverty, trauma, discrimination and “excessive pressure to excel,” often, but not exclusively, occurring in affluent communities. It may sound counterintuitive, even perverse, to put relatively affluent kids in the same category as our country’s most vulnerable youths. While the stressors are markedly different, researchers are finding that both are “at risk” for elevated levels of chronic stress that can affect health and well-being.

“When parents ask me where all of this pressure is coming from, I ask them: Where is it not?” says Suniya Luthar, a professor of psychology at Arizona State University, whose research in the 1990s first uncovered the unique vulnerabilities of privileged but pressured youths. The unrelenting pressure on students in high-achieving schools comes from every direction, from overly invested parents who want A’s, coaches who want wins for their own personal reputations and school administrators who feel pressured to get high standardized scores in their school, which then prop up real estate values in the area.

Luthar’s studies have found that adolescents in high-achieving schools can suffer significantly higher rates of anxiety, depression, substance abuse and delinquent behaviors, at least two to three times the national average. Some warning signs, like excessive peer envy and cheating, tend to emerge in middle school, but other symptoms of stress are being seen as early as elementary school. When a child’s sense of self-worth is dependent on what they achieve, it can lead to anxiety and depression. Anxiety can come from worrying about keeping up with or outshining peers, while depression can be caused by a failure to achieve.

“Of course, not every student in these communities is affected and not every school exhibits the same symptoms, but as a group, high-achieving students appear to be at a much greater risk,” she says.

Excerpted from “Students in high-achieving schools are now named an ‘at-risk’ group, study says” in The Washington Post. Read the full article to learn what enables some students to avoid the negative effects of such high-stakes pressure and what parents can do to help children maintain a sense of balance in their lives.