What Is the Latest Research on Autism? 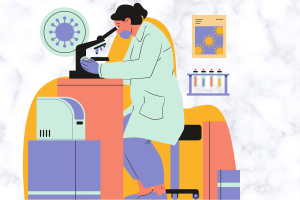 As of March 26, 2021, the Centers for Disease Control and Prevention (CDC) report that among 8-year-old children, one in 54 are autistic. This number has increased from the one in 59 prevalence reported in previous estimates.

With autism rates on the increase, the scientific community has become all the more interested in uncovering the factors linked with autism.

Some scientists speculate that gene variants cause autism, while others believe environmental factors such as exposure to toxins, contribute to this neurotype. Still others theorize imbalances in the intestinal microbiome may be at play.

The latest autism research includes investigations into factors associated with this neurotype, as well as genetic variants, gut biome imbalances, and neurological factors that may contribute to it.

A multiyear study funded by the CDC is underway to learn more about factors potentially linked to autism.

The Study to Explore Early Development is a collaboration between six study sites in the United States. These sites are part of the Autism and Developmental Disabilities Research and Epidemiology network and focus on children aged 2–5 years.

One of the goals of the study is discovering what health conditions occur in autistic and neurotypical children and what factors are associated with the likelihood of developing ASD.

Another objective of the study is to differentiate the physical and behavioral characteristics of autistic children, children with other developmental conditions, and those without these conditions.

This research appears in the journal Epidemiology.

Other avenues of research on autism include investigations into gene variants that could play a role in the development of ASD.

A recent study analyzed the DNA of more than 35,584 people worldwide, including 11,986 autistic individuals. The scientists identified variants in 102 genes linked with an increased probability of developing ASD.

The researchers also discovered that 53 of the genes identified were mostly associated with autism and not other developmental conditions.

Scientists at the Lieber Institute for Brain Development in Baltimore, MD, discovered a decrease in the integrity of myelin, a protective sheath surrounding nerve cells in the brain, in mice with a syndromic form of ASD.

The study, published in Nature Neuroscience, showed a gene variant-based malfunction in oligodendrocytes, which are cells that produce myelin.

Autism and the gut microbiome

The gastrointestinal, or gut, microbiome is another area of interest to researchers looking for factors that contribute to autism.

Several studies have established a link between imbalances in the gut biome and ASD. There is also growing evidence that balancing the populations of gut microbes can help correct these disparities and improve some of the unwanted symptoms and behaviors linked to autism.

Excerpted from “What Is the Latest Research on Autism?” in Medical News Today. Read the full article online.