Dyslexia and the Wider World of Creativity and Talent 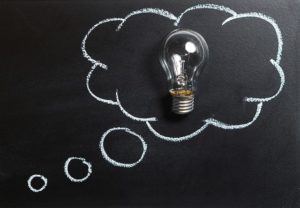 Reading well can be a sign of intelligence, except when it isn’t, which is often the case for the 5-20 percent of students who have by far the most common form of learning disability, dyslexia.

And yet often, special gifts and talents emerge from dyslexic brains. Whether this happens because of the setup of the dyslexic brain or in spite of it is still an ongoing subject of research. Thomas Edison, Henry Ford, F. Scott Fitzgerald and Pablo Picasso are all said to have struggled with reading and handwriting. Steven Spielberg has spoken publicly about how he wasn’t diagnosed with dyslexia until he was long into adulthood. Richard Branson, founder of the 400-company Virgin Group, said that when he was a child in school, everything on the board looked like “gobbledy-goop” to him. Presidential candidate Ben Carson, who was director of pediatric neurosurgery at Johns Hopkins, is listed, along with nearly 40 other household names, on the “Successful Dyslexics” page on the International Dyslexia Association website.

Brock and Fernette Eide, a general practitioner and a neurologist who are also husband and wife, are quite interested in connecting dyslexics to their abilities, focusing on what dyslexics can do instead of what they can’t. Soon after they opened a Seattle clinic for students with learning differences in the late ’90s, they began to notice a pattern in dyslexic students and their families.

“It became apparent that [in dyslexia] we were seeing kids with different patterns of optimization and specialization in cognitive function,” Dr. Brock Eide said. “When you start looking at those optimizations, you realize that building certain skills in certain areas usually entails a trade-off in function in some other cognitive set. So, what we were seeing with these kids is that they were optimized in ways that gave them difficulty in certain areas of function — which is why they ended up in our office. But when we looked closely, we were also seeing that those difficulties usually represented the flip side of other talent sets.”

Those talents, report the Eides, might be anything from high levels of spatial reasoning and creativity to outstanding social skills.

Their book, The Dyslexic Advantage, outlines the talents of dyslexics that may be due to different brain structure. As far as the research to support the correlation between dyslexia and talent, the Eides said there are currently about 25 papers from around the world addressing the topic, and numerous universities, many in Europe, continuing to explore the connection between dyslexia and certain talents and abilities.

While most are small samples, and are published in some obscure journals, the Eides say what mattered more to them than the quality of the studies, standing alone, was the recurrent evidence found around the world of people who struggled with reading and writing simultaneously — excelling in areas like engineering, arts and design, and entrepreneurship.

If you have concerns about your child, you can arrange a free 30-minute Care Consultation to explore options with an expert. We invite you to call or email our Clinical Services Coordinators at 650.688.3625 or careteam@chconline.org to set up an initial Parent Consultation appointment.