Perfectionism Is a Mental Health Issue 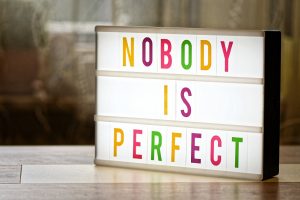 More people than ever say they’re feeling pressured to look and be the best. It’s taking a toll.

Paul Hewitt, a clinical psychologist and professor at the University of British Columbia who studies the phenomenon, remembers a bright young college student who came to him, obsessed with earning an A+ in one of those ridiculously difficult courses that are designed to weed out people who aren’t serious about a major. By the end of the term, he told Hewitt he was having suicidal thoughts. “I got the A+, but all it did was demonstrate to me that if I was really smart I wouldn’t have had to work so hard to get it,” he said.

Perfectionism is a broad personality style characterized by a hypercritical relationship with one’s self, said Hewitt, who co-authored Perfectionism: A Relational Approach to Conceptualization, Assessment, and Treatment. Setting high standards and aiming for excellence can be positive traits, but perfectionism is dysfunctional, Hewitt said, because it’s underscored by a person’s sense of themselves as permanently flawed or defective. “One way they try to correct that is by being perfect,” Hewitt said.

Once an issue that affected a select few, perfectionism is now a growing cultural phenomenon, fueled by modern parenting and social media and an increasingly competitive economy, researchers say.

Look around these days, and you can find perfectionism “everywhere,” said Thomas Curran, a psychologist at the University of Bath. “I see it in my own friends and colleagues and the students I teach.” In an age where social media makes it possible to constantly compare your own life to others, perfectionism has only become amplified.

Curran and his colleague Andrew Hill gathered data from more than 40,000 college students who had taken a psychological measure of perfectionism between 1989 and 2016. In 1989, about nine percent of respondents posted high scores in socially prescribed perfectionism, but by the end of the study, that had doubled to about 18 percent, he says. “On average, young people are more perfectionistic than they used to be,” Hill says, and “the belief that other people expect you to be perfect has increased the most.”

The rise in perfectionism is especially troubling because it has been linked to an array of mental health issues — a meta-analysis of 284 studies found that high levels of perfectionism were correlated with depression, anxiety, eating disorders, deliberate self-harm and obsessive-compulsive disorder. The constant stress of striving to be perfect can also leave people fatigued, stressed and suffering from headaches and insomnia.

Perfectionism doesn’t automatically resolve itself as someone gets older, and in fact may become worse as people age, said Martin Smith, a researcher at York St. John University in the UK. His team published a meta-analysis of the relationship between perfectionism and other personality factors, and found that as people who score high in perfectionism age, they seem to become more prone to experiencing negative emotions like anger, anxiety, and irritability and they also become less conscientious.

Excerpted from “Perfectionism is Killing Us” in Vox online. Read the full article.