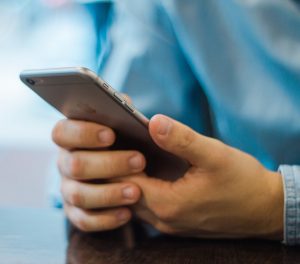 More schools are using safety tips lines, but not just for gun violence prevention — the technology is addressing bullying, drug use and suicide risk among students.

Those are among the findings of a nationwide study looking at how schools are using tip lines as a safety measure. The report, which was conducted by RTI International, a nonprofit research institution, was based on responses from a nationally representative sample of 1,226 school principals surveyed between February and July 2019. The study, said to be the first of its kind, was funded by an award from the U.S. Department of Justice.

According to the findings, just over half (51%) of public middle and high schools were operating a tip line at the end of the last school year. Many tip lines were relatively new (60%), in operation three or fewer years, but 15% were in operation for 10 years or longer.

According to Michael Planty, one of the study’s researchers, this trend suggests tip lines could be effective for gauging school climate as opposed to their original purpose of identifying threats.

Over half of school tip lines were staffed or monitored 24 hours a day, seven days a week, and a school staff member received calls, texts or other entries in real time. And most offered a confidential or anonymous way for students, parents and others to report information.

The survey also found the types of middle and high schools more likely to have tip lines were ones with higher enrollments, located in suburbs and in low-poverty areas.

But even though an overwhelming majority of principals surveyed have found the tool effective in everything from flagging potential safety concerns to preventing incidents of self-harm, concerns remain around tips submitted with insufficient information. Lack of student awareness and lack of student-submitted tips were also among the most common challenges reported.

Coupling the technology with a mental health curriculum that teaches students how to identify, report and respond to bullying or suicidal ideation could help solve this problem, Planty said.